Today marks a whole new beginning for Kewell as it celebrates the first day to be listed on the STAR Market of Shanghai Stock Exchange. The application was delivered to the officials earlier on 3rd April and later approved on 10th September, with the name of “Kewell” (stock code: 688551). This is a ten-year effort before we could make it this far. What’s driving us to move forward is the sense of responsibilities. We believe that Kewell should play a central role in pushing the industries to become more independent and less dependent on importations. Therefore, we have been developing and contributing to the new energy industries, including solar power generation, fuel cell application, and electric vehicles etc.

Kewell has since become known as a turnkey test solution provider. We are determined to expand further in business terrains as well as global distribution. 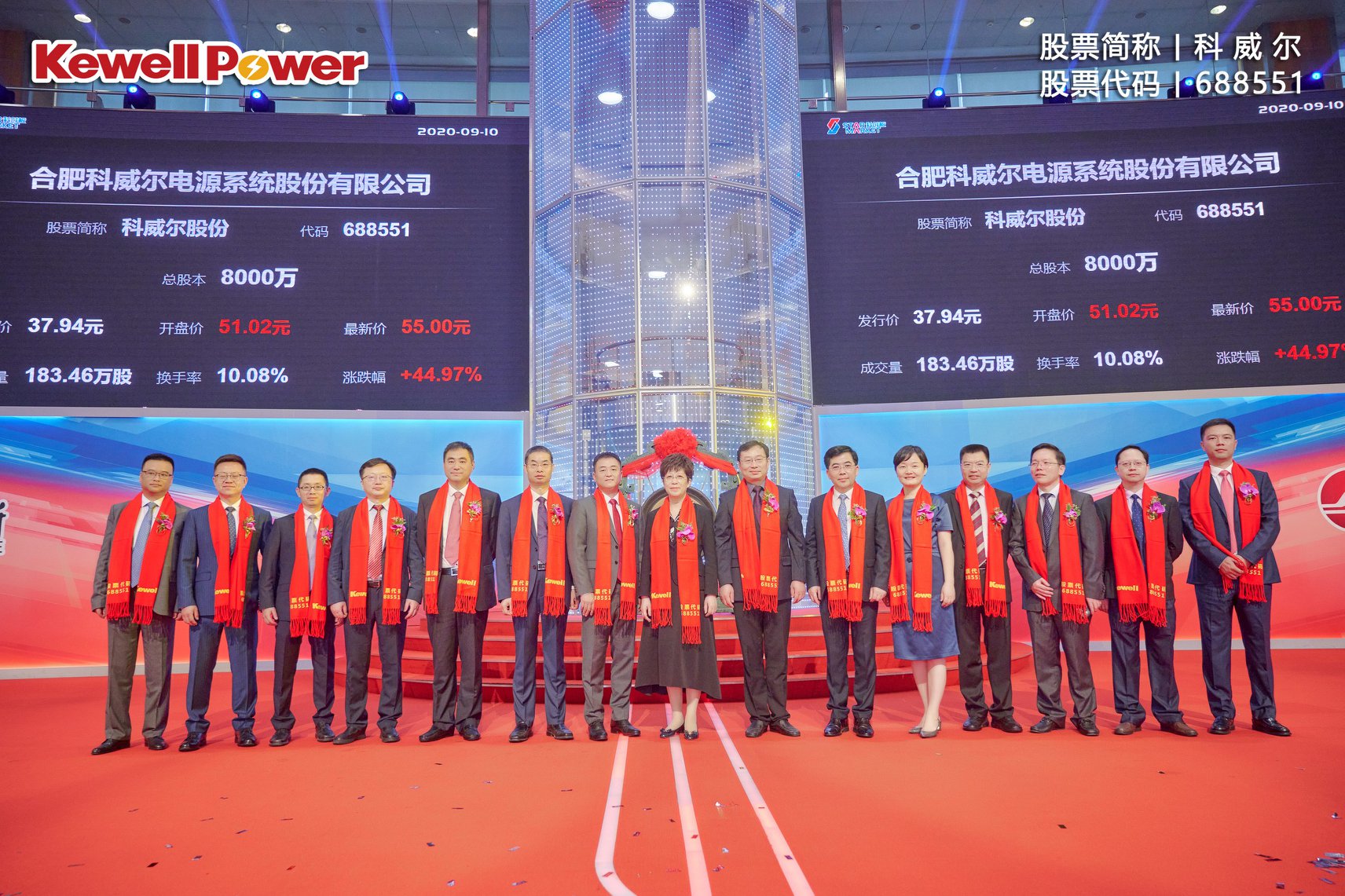