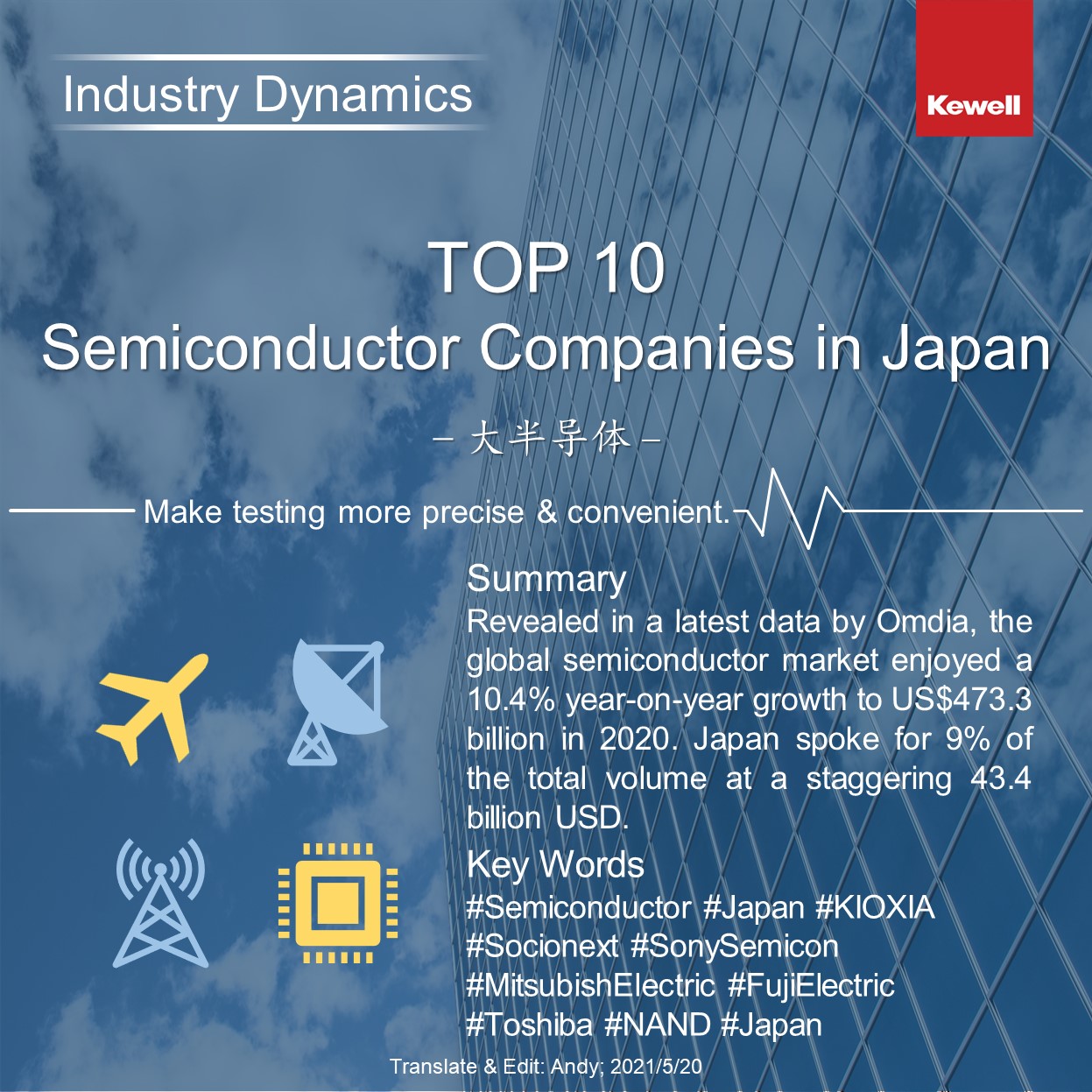 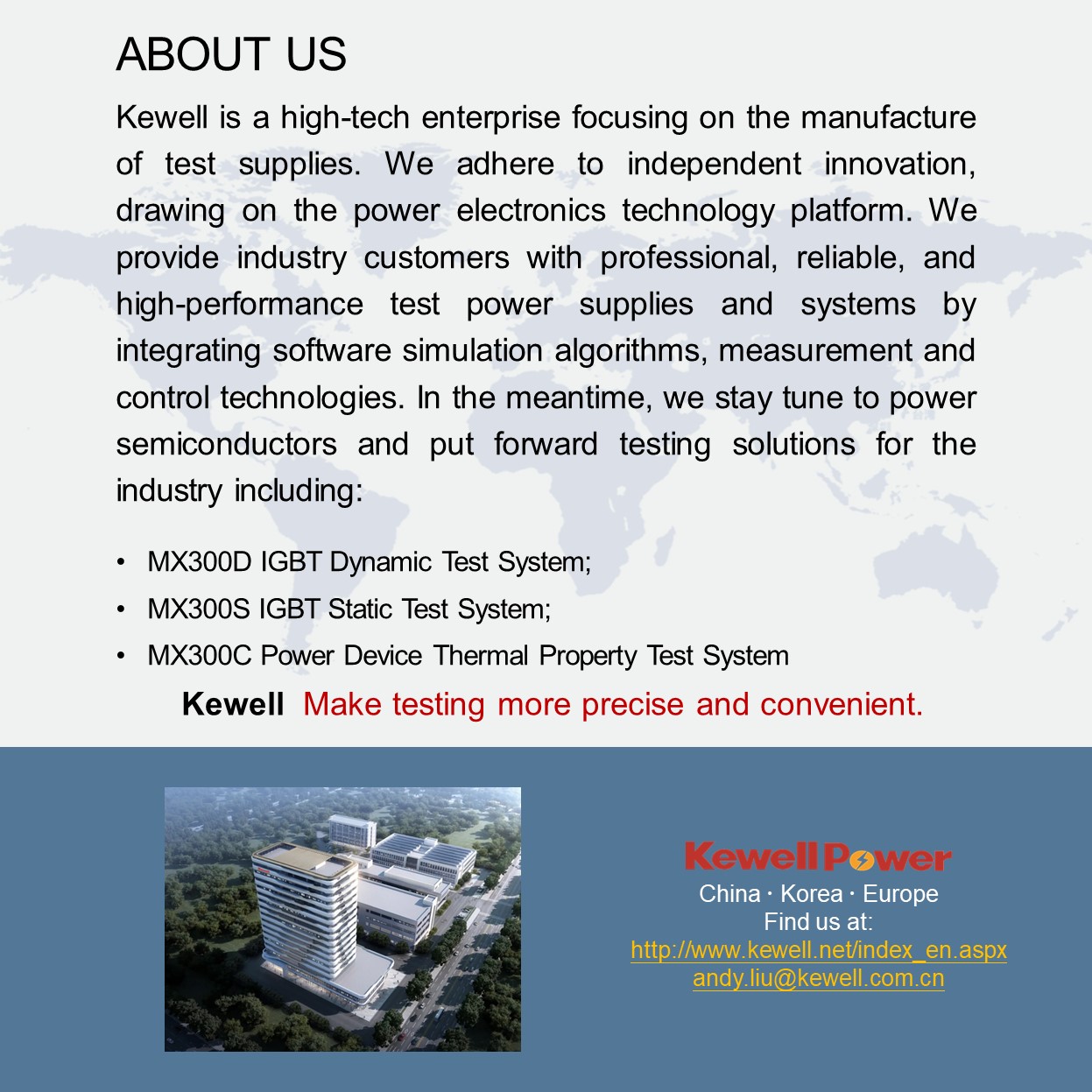 Kewell is a high-tech enterprise focusing on the manufacture of test supplies. We adhere to independent innovation, drawing on the power electronics technology platform. We provide industry customers with professional, reliable, and high-performance test power supplies and systems by integrating software simulation algorithms, measurement and control technologies. In the meantime, we stay tune to power semiconductors and put forward testing solutions for the industry including:

Revealed in a latest data by Omdia, an international research leader based in the UK, the global semiconductor market enjoyed a 10.4% year-on-year growth to US$473.3 billion in 2020. Japan spoke for 9% of the total volume at a staggering US$43.4 billion, with year-on-year increase of 1.6%. Though Japan only spoke for 9% against the global volume, its top 10 companies had grown 5.2% year-on-year.

KIOXIA, formerly of Toshiba Memory and a leading supplier of NAND, was ranked the top in terms of revenue amongst its fellow competitors in Japan. Benefited from the high price of NAND, its sales growth had reached a staggering 23% year-on-year. On the global scale, KIOXIA sit at number 11 in 2020. 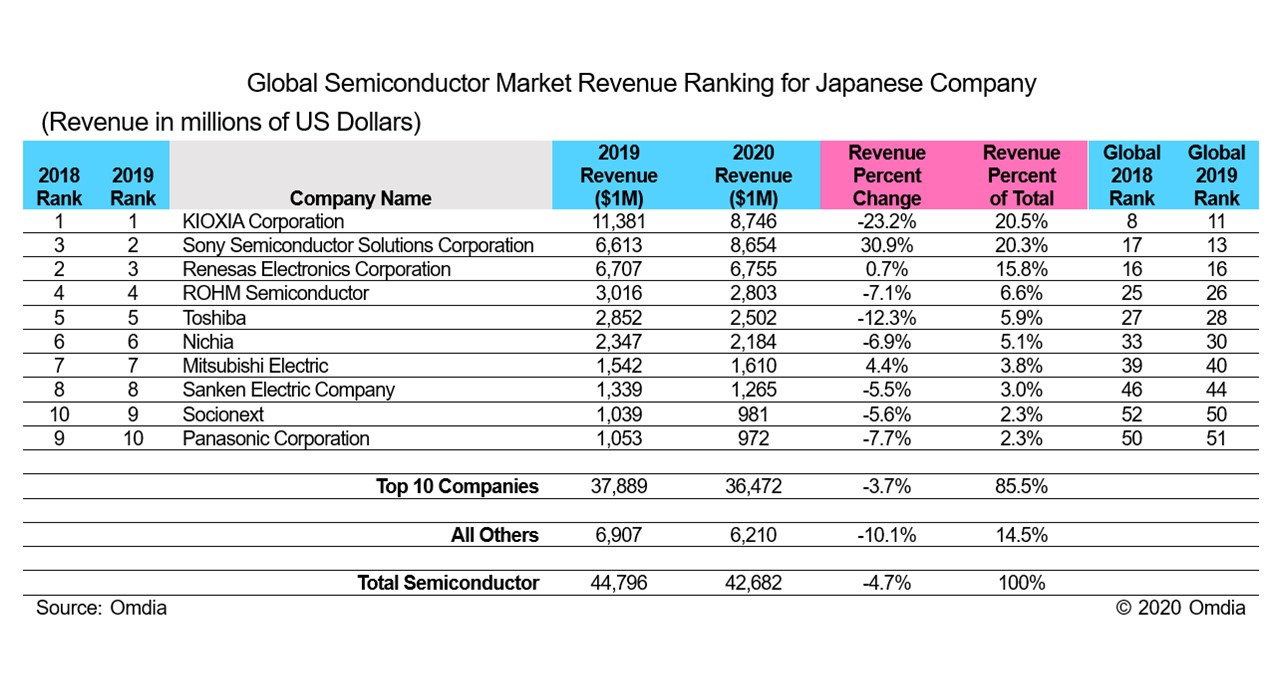 Number two went to Sony-Semicon, ranked 14th on the global scale. Third place went to Renesas, with global ranking of 19. These three companies are the only ones with annual sales reaching over US$6 billion in Japan.

In terms of overall ranking, the top 8 companies remained unchanged in the past two years. Fuji Electric rose from number 11 to number 9. Its power semiconductor business had grown 20% year-on-year. Socionext, on the other hand, dropped from number 9 to number 10 with sales decreased by 14.2% year-on-year.

Benefited from the increase in memory demand, KIOXIA was able to reach 23% of growth year-on-year. Mastering power device technologies, Mitsubishi Electric and Fuji Electric performed well in terms of revenue growth as well.