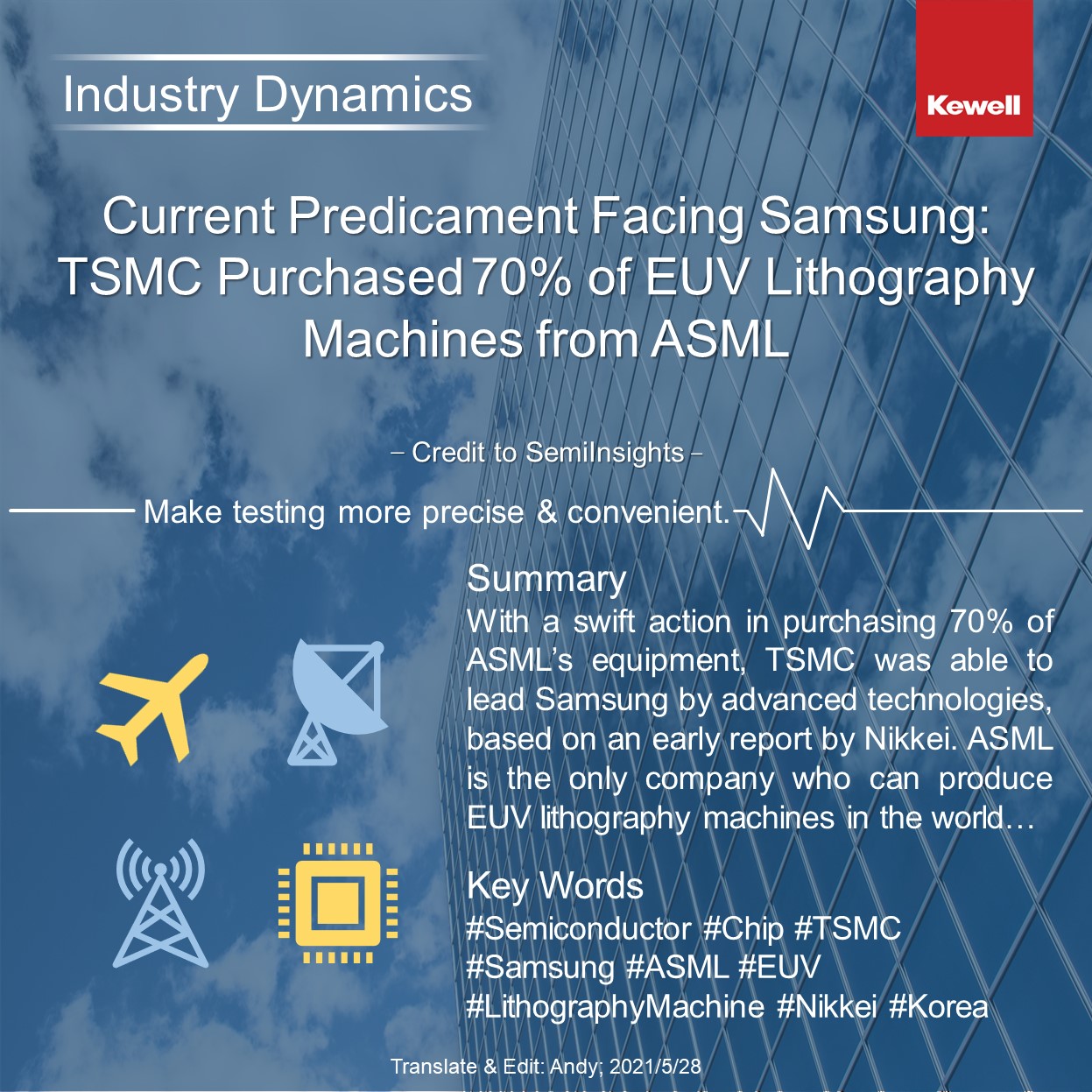 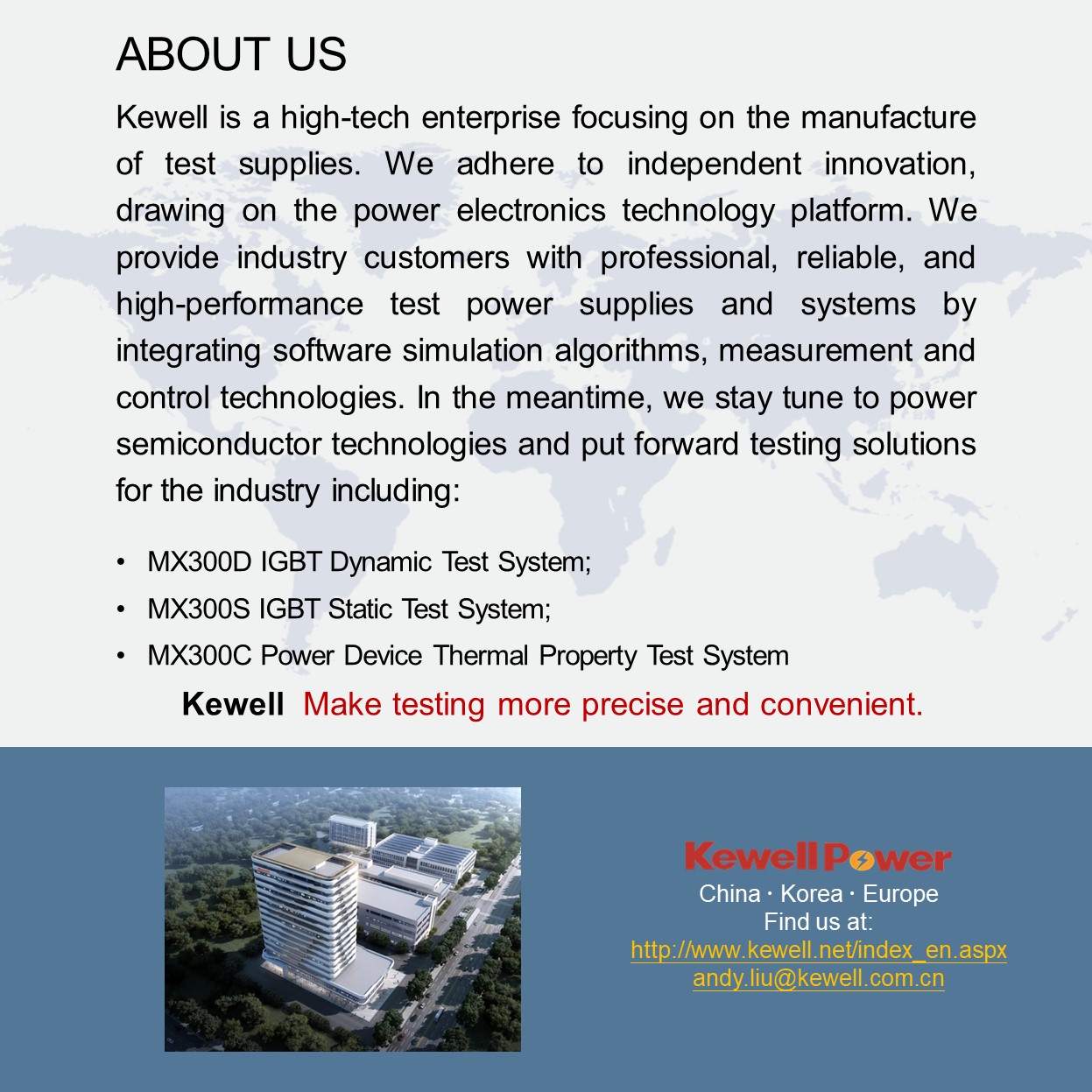 Kewell is a high-tech enterprise focusing on the manufacture of test supplies. We adhere to independent innovation, drawing on the power electronics technology platform. We provide industry customers with professional, reliable, and high-performance test power supplies and systems by integrating software simulation algorithms, measurement and control technologies. In the meantime, we stay tune to power semiconductor technologies and put forward testing solutions for the industry including:

With a swift move in purchasing 70% of ASML’s equipment, TSMC was able to lead Samsung by advanced technologies, based on an early report by Nikkei. ASML is the only company who can produce EUV lithography machines in industrial scale on the global perspective. Therefore, Samsung may have lost its ground to compete with this formidable competitor and let TSMC take the advantage of it. Desperate for their equipment, Samsung leaders had frequently visited the Dutch-based tech-giant to seek for alternative solutions.

ASML has shipped about 100 EUV lithography machines to date, according to the Nikkei.

ASML is planning to invest KRW ₩240 billion (USD $210 million) in South Korea over the next four years to build an EUV reprocessing plant and a training center park, based on the announcement made by MOTIE (Ministry of Trade, Industry and Energy).

The construction of both the plant and the park is expected to be completed in 2025, located in Hwaseong staffing around 300 local professionals at estimate.

ASML is the only EUV machine manufacturer across the globe. The machine is mainly applied in the production of semiconductors, with each unit sold at over USD $100 million. Essential to chip production, the annual output of such machines is only between 30-40 units at best. Samsung, Intel, and TSMC are relying on such equipment to produce their chips.

It is reported that the reprocessing plant is to be used as an update center for the EUV machines in Korea. The training center park will also be in the interests of semiconductor companies in Korea. In addition, the business relationship between ASML and Korean companies can be elevated somewhat.

ASML shipped 9 EUV machines in the first quarter, but has yet to confirm revenue for just seven, totaling EUR €1.1 billion. The company expects the total sales of EUV machines to grow 30% this year from 2020.

There has been a lot of speculations about the decision. In response to this, ASML shed light exclusively to China Electronics News that, the reason why they locate the plant in Korea was mainly because they have corresponding demands.