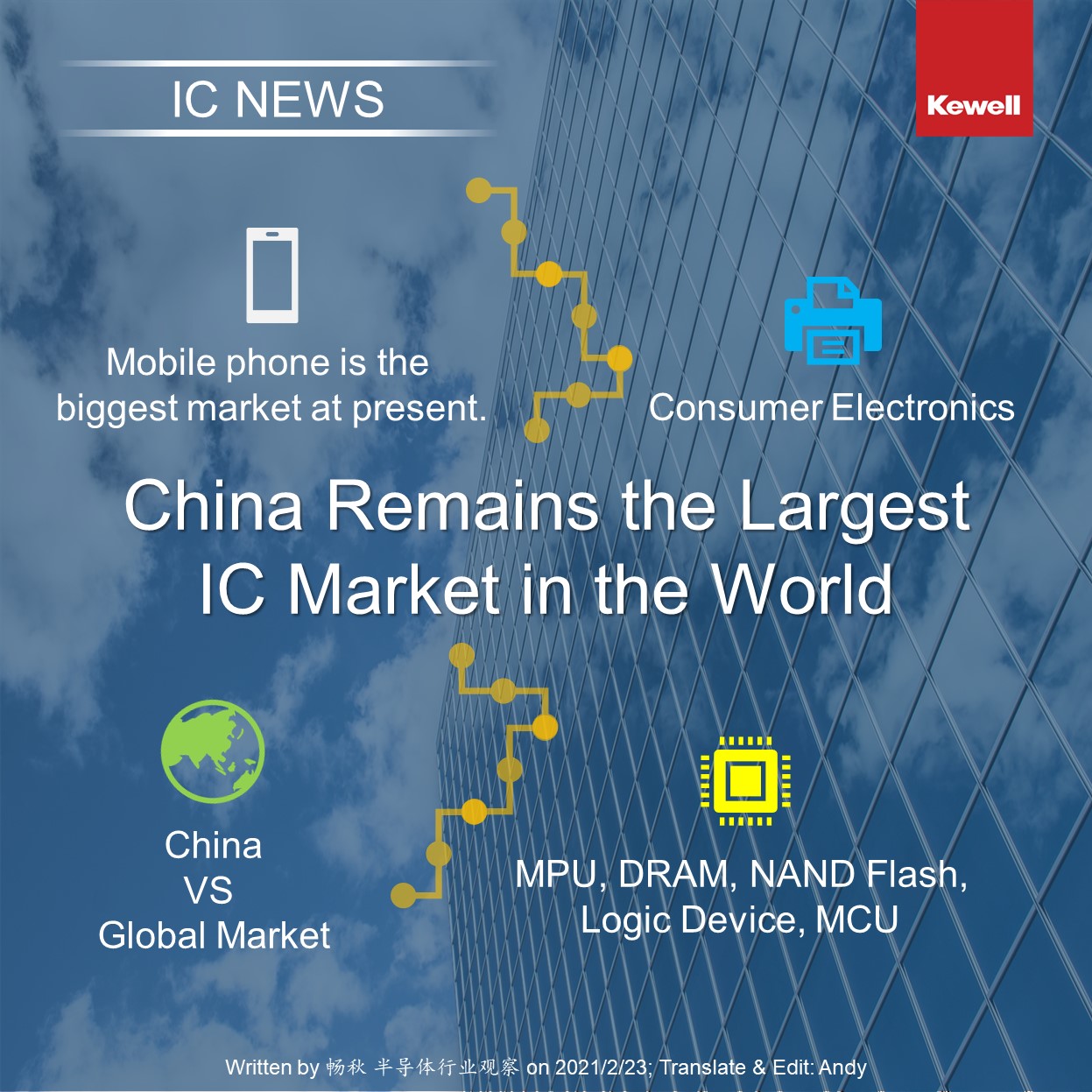 According to DIGITIMES, China remains the largest IC market in the world. It is not only because of its large domestic demands but also for its tremendous industrial scale. In this article, we will be looking at both the global trend as well as the status quo of Chinese market. 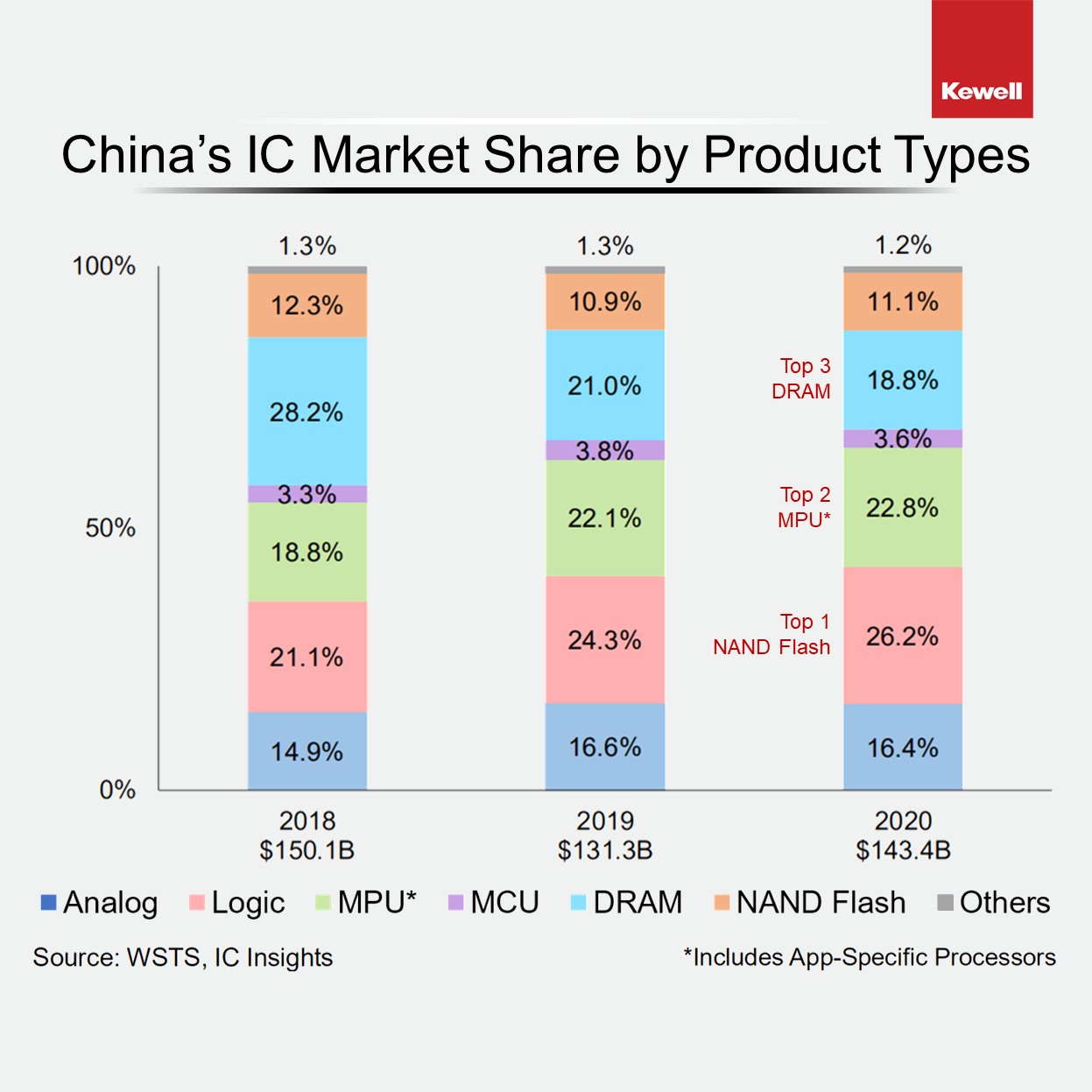 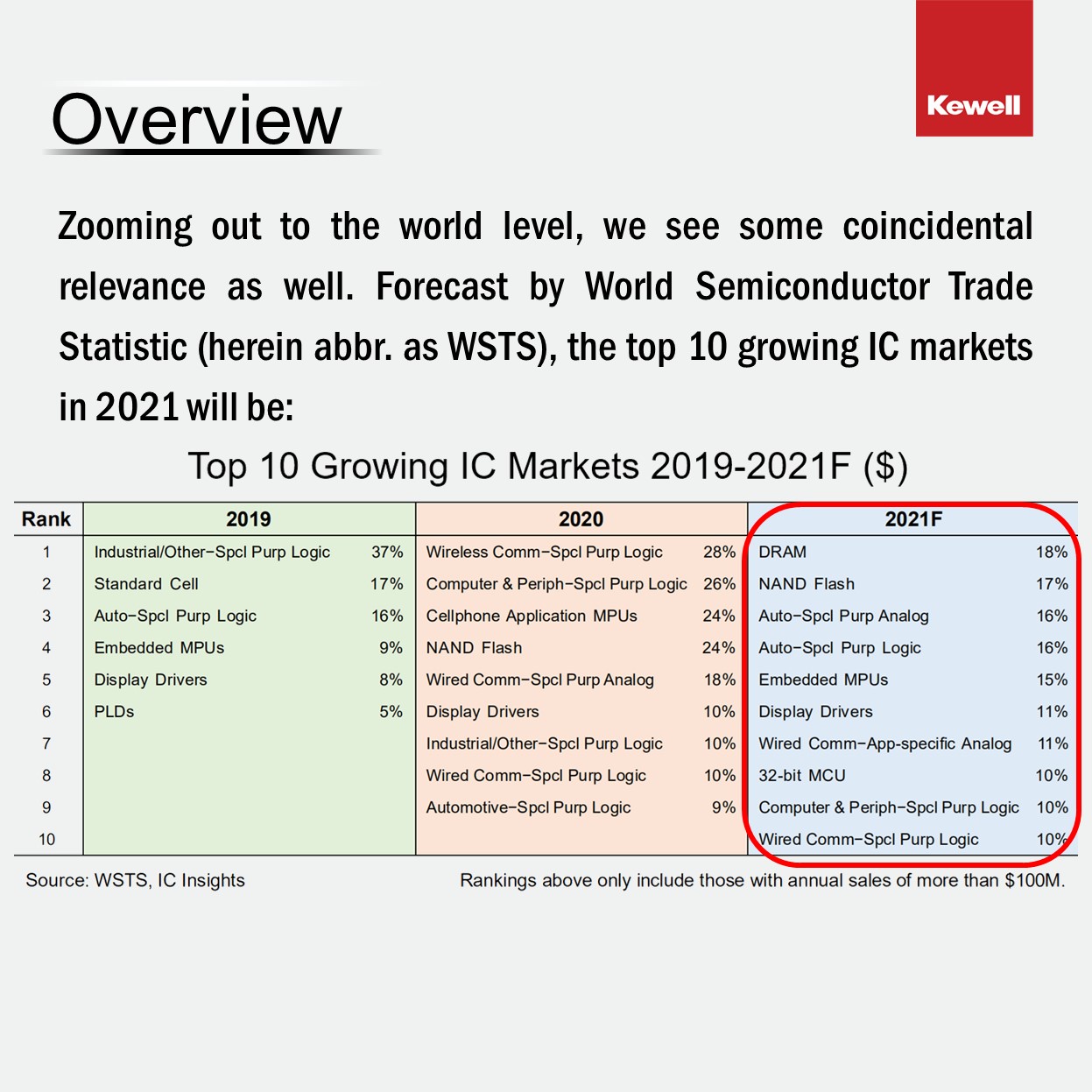 Zooming out to the world level, we see some coincidental relevance as well. Forecast by World Semiconductor Trade Statistic (herein abbr. as WSTS), the top 10 growing IC markets in 2021 will be: (See statistics in pictures.)

A consistency can be observed in the top 5 items of both statistics. They are DRAM, NAND flash, logic device, MPU, and analog. Therefore, we can ascertain that China is highly relevant with the global marketplace in terms of market demands and development.

Another interesting fact to note is that the association between top-ranking IC products and the mobile phone market. Mobile phone market is undoubtedly the biggest market at present. And these top-ranking items are needed to produce a high-end cellphone. They are used at different stages of manufacturing, serving different roles.

A consistency in low-ranking items can be found as well. Unlike the top 5 items, MCU has literally no part in the makings of a cellphone. MCU is mainly needed in automotive, house appliances and other consumer electronics. Although it is needed in large quantity, its unit price is much lower than top-ranking items. A typical example to show the difference is iPhone 12 models, using Qualcomm’s X55 modem. Qualcomm’s products can easily take as much as $80/unit, exceeding OLED screen by full $10, while a 32-bit MCU can only be sold at $5/unit even in severe shortage. This explains why MCU is ranked rather low so to speak sideways.

Let’s zoom in to see from the perspective of a manufacturer, TSMC. TSMC represents one of the world-leading IC producers with highest market share. Clearly the global trend stands true again as smartphone and HPC (high performance computing) take up their revenue distribution at a staggering 81%. 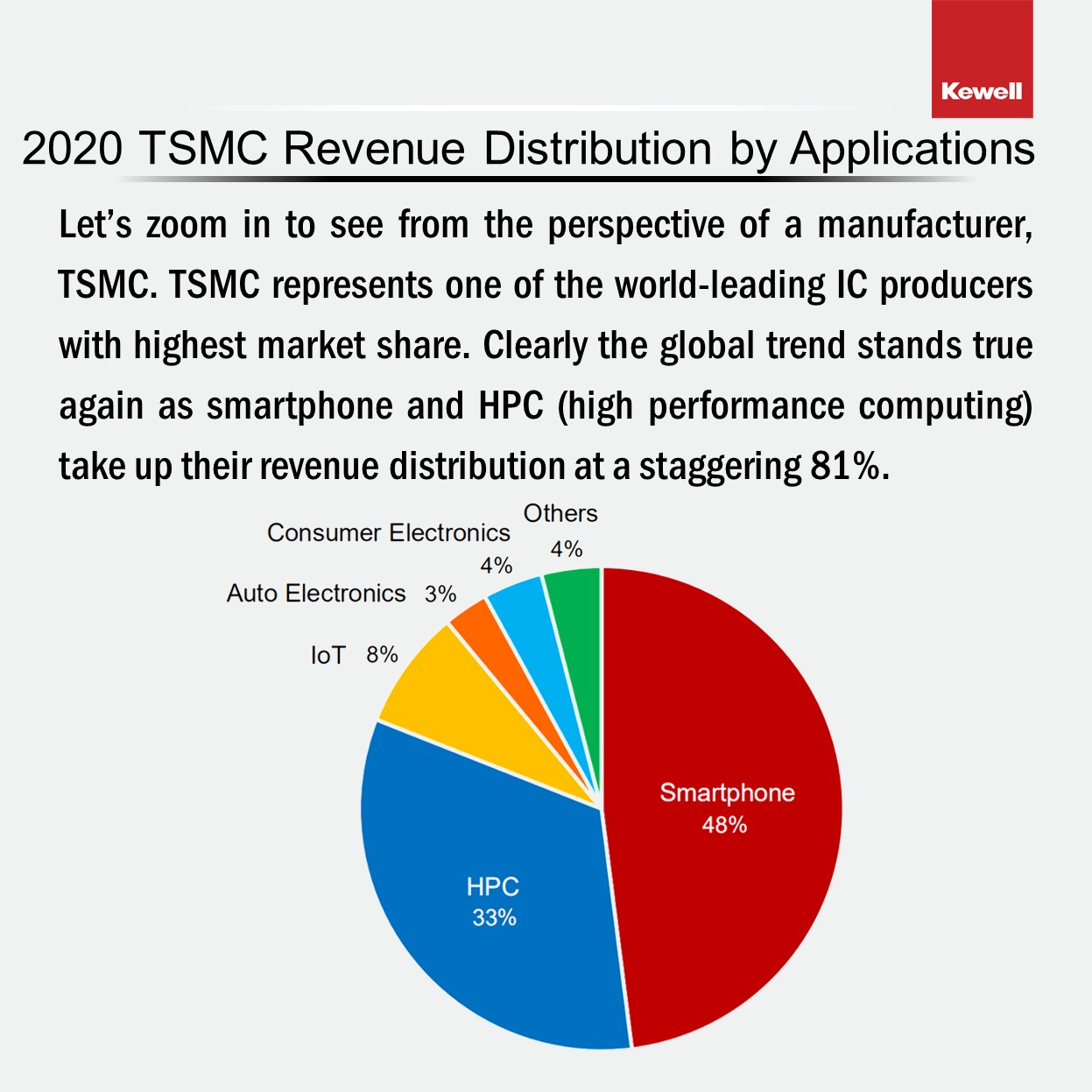 Though China has benefited from the overall market growth, it has also been impacted by the “extruding effect” as manifested in the trade war imposed by US. With most of the core technologies blocked down, China is struggling to find its own solutions to renovate and speed up its localization process.

China has been the primary consumer of IC since 2005. The market size had reached to $143.4 billion in 2020, according to IC Insights. 60% ($86 billion) of production was integrated into electronic goods for export, while 40% ($57.4 billion) was used and traded domestically. In terms of domestic production, Chinese firms only contributed 5.9% to the total volume. International firms like TSMC, SK Hynix, Samsung and UMC took up all the rest.