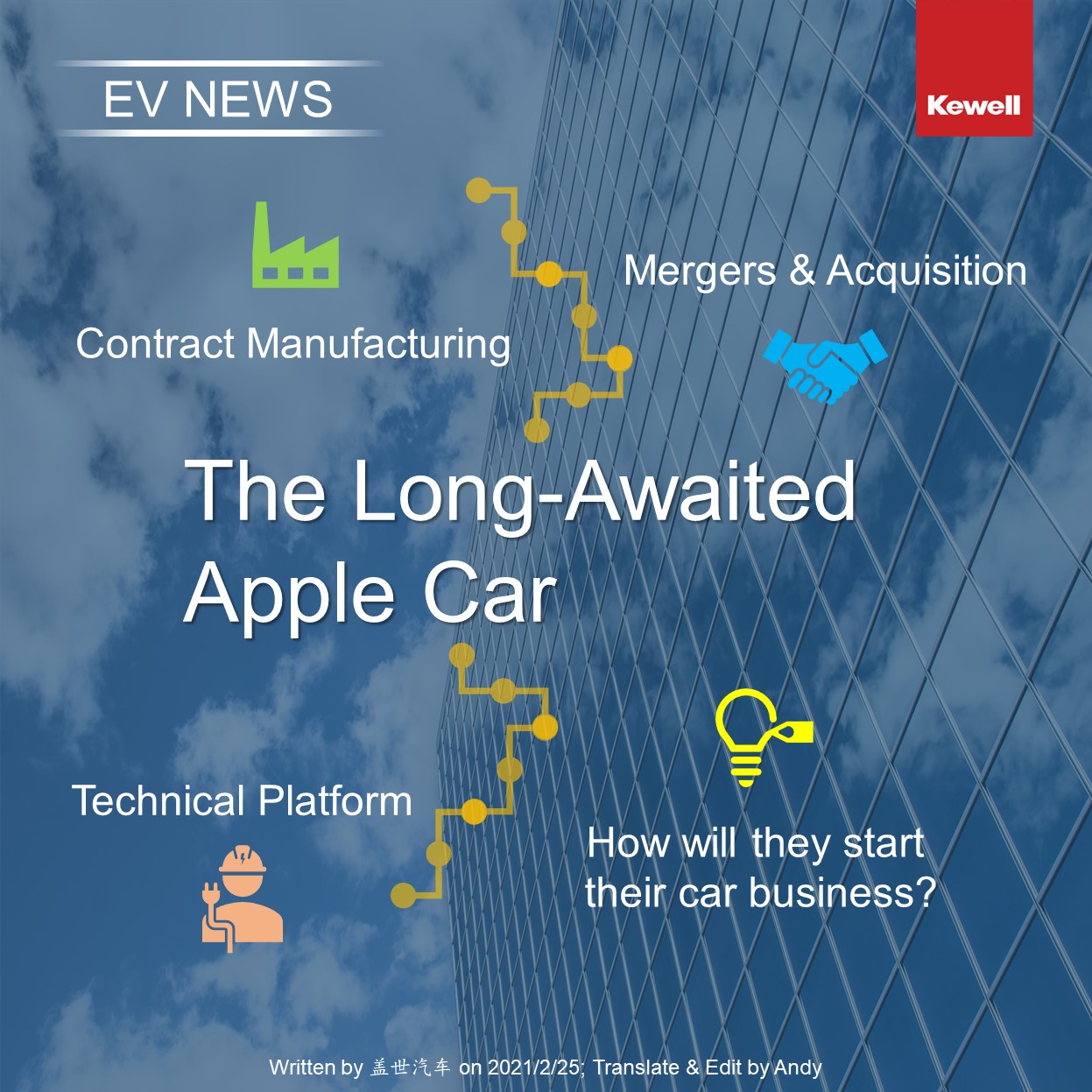 The company that was once offered a chance to purchase Tesla, has now been confirmed of its ambition to start a car business according to multiple resources.

Stories and rumors, that is all there is. Some find it quite convincing that it is only a matter of time for Apple to produce its own cars. We are not interested in finding out the truth behind this abundantly clear question. We are here to discuss a far more important topic, “How will they start their car business?”, if their ambition were true.

Acquire a car company with existing base of resources and technologies.

Sources revealed that they have attempted the first two models already.

Tech-giants such as Huawei, Alibaba, and Baidu have declared their intentions to start car business by contracting with traditional car companies. Words are that Apple has adopted this model as well and made some progress.

Their first intended partner of rumor was Hyundai Kia, according to January reports. They planned to sign the cooperation agreement in March and were under the discussion about how they could work together to codevelop the EV business. In 2027 at best, we might expect to see the first Apple Car coming into reality. Another insider revealed that, Apple and Kia had reached an agreement already that the first assembly plant was to be pinpointed at West Point, Georgia. In other words, Kia might hope to become the original equipment manufacturer of Apple Car.

As smooth as it may sound, rumor is laid bare for all to see and to be disappointed at the result. Hyundai admitted they were going through an initial negotiation with Apple but denied addressing the subject of EV business in their meeting.

In mid-February, people were led by another leaked info that Nissan had engaged with Apple about the co-business proposition but failed in the end due to their discrepancies in brand positioning.

Companies like Renault S.A. and Stellantis (merger of FCA and PSA) are thought to be very likely to be working with Apple. According to JPMorgan, Renault S.A. in particular, was deemed to be a good fit for Apple because of their:

Excess capacity in Europe at over 1 million units of which clearly could be utilized with Apple coming on board;

Significant flexibility in choosing the specific supply chain for the project vs other global OEMs more keen to sell a specific dedicated architecture to Apple, which in turn could limit Apple’s software design of the car.

A welcoming message was made in return from Luca de Meo, CEO of Renault S.A. that they are opened to any possibilities.

It is safe to say that Apple may even consider working with several car companies at the same time.

Despite tremendous outcome in return, a concern was raised by car companies as well that Apple’s strong grip over its suppliers in mobile industry may imply some risks. One of the risks is to share core technologies with Apple on compulsory as there have been cases. TPK for instance, supplier of touchscreen, was requested by Apple to license its patents to others. What’s even worse is that, car companies may end up being pure OEMs for Apple Cars.

The thought has long since been in their mind.

Back in September 2016, Apple was reported to be in acquisition talks with British automaker McLaren. Apple was considering a full takeover or strategic investment in McLaren, and the talks had been underway for months. Mike Flewitt, McLaren’s CEO at the time, confirmed about this in an interview. However, the talks did not end well.

To start a car business, many enterprises went by the shortcut of acquiring a car company with existing base of resources and technologies. The merits are:

Have operating experience/personnel in place;

So, it’s no surprise that Apple had this idea, and probably has not given up on it even now.

We all know that Foxconn is one of the OEMs for iPhone. The two companies have long been working together. Secondly, Foxconn will soon have contract manufacturing capabilities for automotive.

On January 13, Foxconn signed a strategic cooperation agreement with Geely Holding, under which the two companies will set up a joint venture to provide contract manufacturing and customized consulting services to global automotive companies. Therefore, Foxconn is likely to renew its lead with Apple in the automotive field.